Two weeks of Eating School are over – what it was like 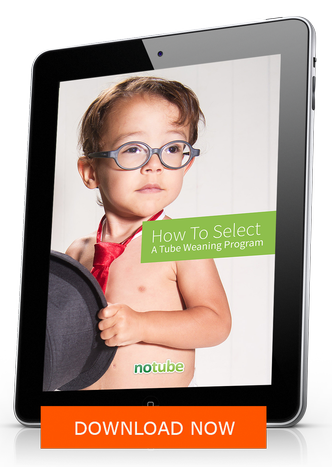 On Monday, October 19th it was that time again: another one of NoTube’s Eating Schools started; this being already the fifth one this year. Like the Eating School in February, it took place in the Jufa (Youth and Family Hostel) in Gnas, Austria, where we were warmly received and found a great, child-oriented environment, ideal for the learning of eating.

This Eating School was another international event. A total of ten families from nine different countries (Austria, Germany, Switzerland, France, Netherlands, Sweden, Serbia, Slovakia and Greece) attended, bringing with them parents, siblings and even some grandparents!

Nine of the ten children came for the purpose of tube weaning. The underlying diagnoses, such as extreme prematurity, oesophageal atresia, genetic syndromes and others, had made the insertion of and feeding via a tube primarily necessary. The children, however, had remained dependent on their feeding tubes even after there was no longer a medical indication for the enteral nutrition and could not master the transition to oral nutrition on their own.

Our little patients were fed through different types of tubes (nasogastric tube, G tube and buttons, jejunal tube) and only a few of them accepted any food orally at the start of the Eating School.

NoTube arrived with a seven-member team to ensure optimal care for the families. Ronny, Marguerite and Sabine were responsible for the daily psychosomatic rounds. Eva worked with the children and their parents in individual and group sessions. Karoline offered psychological support for the whole family. Uli and Valérie led the pre-lunch kids groups. In addition, there was a daily parents group session, where experience in living with children with the tube/eating disorders was exchanged.

The core of the therapeutic work were once again the Play Picnics, which took place three times a day, and in which our patients, their parents, siblings and all NoTube team members participated. The goal of the sessions was to get the children to interact with food in a playful manner: to encourage touching, smelling, tasting and mushing and to alleviate potential fears and aversions.

Our little fighters made great progress from the start. They began to show interest in the food, played with it, touched it, tasted it and eventually – every child at its own speed and within their capabilities – ate a real meal orally. Our team supported the families in many aspects: choice of foods, feeding positions, feeding aids, etc.

At the end of the first week, there was also a “practice day”, which gave the families the chance to try everything they had learned so far independently and on their own.

All in all, the children managed to make great progress. Some children went home entirely without enteral nutrition, some even without their tube. Others still needed a little night-time support via the tube, and will be supported via our Netcoaching program, until they have also managed the complete transition to oral nutrition. On the final evening, there was, as usual, a small ceremony with our NoTube song and the awarding of certificates and presents for our little fighters – they were all well deserved.