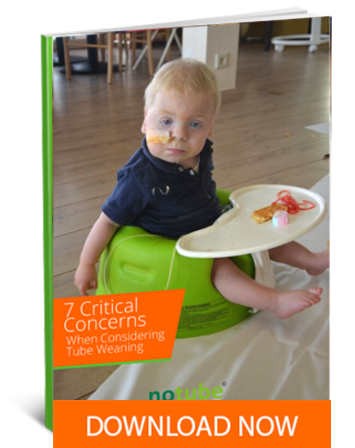 An autistic disorder (Autism) is a pervasive developmental disorder. Different disorders are collected under the term of Autistic Spectrum Disorder (ASD). ASD are characterized by impaired social interaction, communication abnormalities and maladjusted reactions. Many of the children we care for suffer from ASD. The causes might be: genetic defects, influences of prematurity. The symptoms of ASD may be already evident in early childhood.

One of the central symptoms of ASD is the inability to decipher feelings and moods of others, to understand non-verbal cues and being impaired to decipher even verbal, emotional sentences.  This results in difficulties in social interaction, in general communication and in language. The children tend towards stereotypical, recurring behavior patterns (above all recurring actions in play situations, etc.)

A special form is Asperger’s disease. It was discovered by University Professor Dr. Hans Asperger, one of my pediatric teacher. Children suffering from Asperger’s have as a central symptom also the inability to understand feelings. Alongside this profound social deficit, the affected children sometimes have a special talent. For example, they can play chess exceptionally well, or can remember a large amount of numbers, or know complicated geographical or biological data in detail. I can still remember how Hans Asperger would go to play chess with “his” children on the remedial ward. As those affected are unable to understand feelings, they often can’t even understand their own feelings. This is what makes the disease so difficult. The children don’t know what they want or what they need, let alone what is going on inside them.  They only know that they are afraid of changes because these pose new situations that they may not be able to master. Fear becomes a predominant feeling for children with an autistic spectrum disorder. Those affected often scream for hours because of changes. This is very distressing for both themselves and for others. In order to help these children it is important to understand the set of problems and the effects of the disorder.

The cause of the disorder is still unclear. There are a range of factors under consideration that could lead to the cause. Their history extends back to the beginning of psychoanalysis. Bruno Bettelheim, Rudolf Ekstein and many other psychoanalysts looked into the subject. They blamed misconduct of the parents and tried therapy by psychotherapy, regulating the living situation and a variety of other ideas. Other possible causes look into socio-cultural aspects. It was assumed that autism was triggered by heavily stressed family. Until today, these assumptions have not been proved and the “parent-blaming” hypothesis is out. Today genetic reasons are predominant in the scientific field and especially in so-called Canner’s autism seem to be more and more proven.

It is wrong to believe that parents are guilty if their child suffers from ASD, as they have neither caused nor triggered the disorder. Today it is highly probable that ASD is a cerebral-organic disorder which requires a wide-ranging therapy concept. This covers therapy through medication of the symptoms (for example neuroleptic therapy for uncontrolled motor symptoms, or Methyphenidat for hyperkinesia, etc.) as well as behavioral therapies (for example involvement therapy).

Many children affected with ASD have problems with eating and eat very few nutrients. This can lead to feeding tubes being placed. At NoTube, we worked repeatedly with ASD affected children. We know that these children are frightened when it comes to changes. Children are so afraid that they would rather not eat than try something new. They are often highly selective in what they eat. This can go so far as the children only eating food packed in specific packages. For example if the design differs although it contains the same food, the child may even refuse the known food. There are, for example, children who only eat boiled potatoes. If butter or parsley is added then the children does not eat the potatoes.

At NoTube we have worked with children with ASD for decades. As an example, we would like to tell you about one such child who suffers from ASD and who was treated by us. Daniel, from Great Britain, had problems with feeding straight from birth. Several months after he was born, he developed severe reflux and often vomited. As a consequence he developed a strong oral aversion to food and over time he refused every kind of food and even stopped drinking. The situation became so bad that a nasogastric tube was placed when Daniel was 18 months old. Since then he completely stopped eating and didn’t allow any oral feeds. A PEG was later placed and Daniel became tube-dependent. Before his family contacted Prof. Dunitz-Scheer, they had already participated in many therapies in their home town – all without success. At the beginning of 2011, Daniel was 5 years old and the change happened. The family took part in the Graz Model of Tube Weaning and after just a month he had begun to eat again. With the support of our therapists Daniel had widened his range of foods within a year.

So you can see that we understand the fears, symptoms and the resulting difficulties in eating (or learning to). We help affected children to learn to eat in an individual setting, and help the parents to understand and manage their children’s fears.

NEXT ARTICLE What does the beginning of the learn to eat program look like?
Additional topicsDiagnosesFeeding disordersFeeding TubeResources for parents and familiesWhat doctors say